Child’s birthday is an important and joyful occasion. A child has a lot of expectations towards parents and those expectations should be met at all cost. If not, then the child tends to close up in a shell and it’s a start of a troubling relationship between parents and their children. More importantly, a birthday celebration provides a great opportunity for parents to show their love and devotion to their children and to make children feel that their parents have their back in good and the bad times. To remind children that they are loved and nurtured at all times. Most of all, to make them realize that their existence matters. 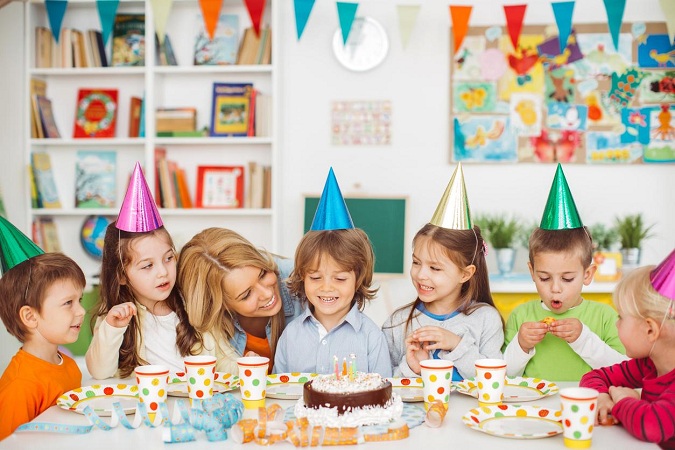 Planning a birthday celebration is easier said than done. Today, the world has advanced so much in innovation and creativity that it has become hard for parents to plan for a perfect birthday bash. A lot of small entrepreneurs have made exceptional advancement in the catering business. These advancements may have made things easier to throw a perfect birthday party, but they are quite expensive. Because of this reason, many parents aren’t able to afford to hire professionals to organize the event. This is also one of the major reasons that children are prone to jealousy and peer pressure, which later leads to depression etc. Fear not, because there is no need to hire professionals to throw the party but with DIY (do it yourself) based themes, parents can make this event memorable for their children.

First, we need to go through the basics of the occasion. Invitations are the backbone of any event. They need to be designed well in order to let people know that the event is worth attending. The crucial part of this event is a birthday cake which later leads to meal and gifts opening. After cake comes to the decoration which needs to be beautiful, innovative and exotic. These are the basic and most crucial parts of an event that needs to be carefully thought and planned. Now, we have familiarized with basics it is time to decide a theme on which the event would be based upon. 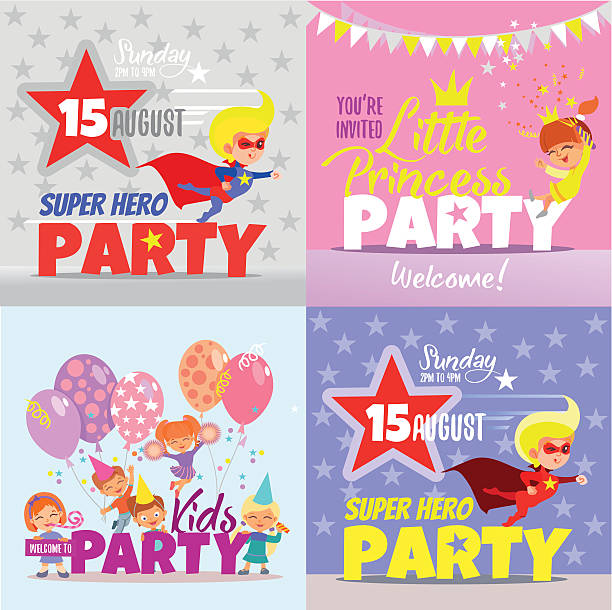 Before deciding a random theme, we should keep that in mind that this day is special for a Birthday Boy/Girl and it should be planned and organized according to their expectations. So, parents should be indulged in their children’s lives: they should know what their children love and who they do adore as their ideal. Parents could also have a thorough discussion with their children if they’re not that involved in their lives due to a busy schedule, but it’ll ruin the element of surprise. We are actually here to suggest parents one of the new and exciting themes based on fictional and non-fictional characters, anime and much more.

Below are some themes which you could pursue to make your children feel special and loved.

Parents might have grown old but they might have heard names of the top ranking Manga and anime like Naruto, Dragon Ball Z, One Piece, Pokémon, and Digimon etc. Children are in love with these manga and anime series. This theme could be used specifically for a single anime or could be based upon all of them simultaneously. It depends on the likeness of children of which series they follow up the most. 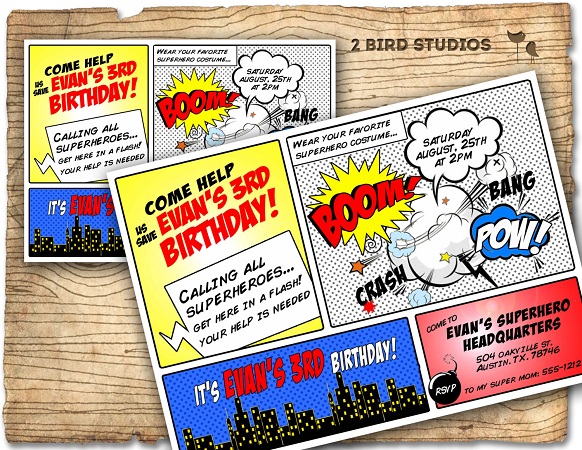 To begin with this theme, invitation cards could be designed either based on a single character or multiple characters. In those invites, the anime slogan should be followed: for instance, Pokémon: Gotta Catch ‘Em All. Furthermore, in those cards, children who are invited should be instructed to wear a costume based on the anime series. Most of the children might already have the costumes and it would be fun to wear them occasionally with their fellow anime geeks. 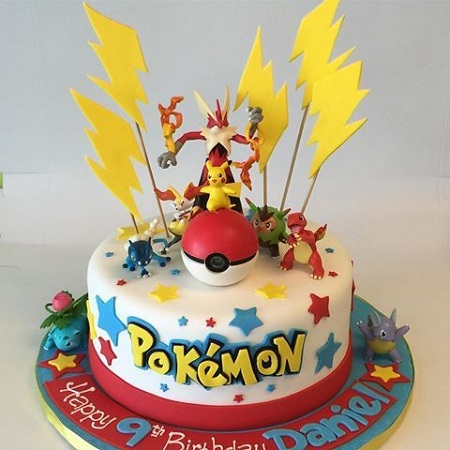 Then comes the home decoration. The decoration includes, but not limited to, anime cardboards, balloons, candles, banners, lights, different models made up from Thermopol sheet and souvenirs etc. Different games could be planned as well for children to participate in and win souvenirs like a treasure hunt of One Piece, Pokémon stuff toys and card games etc. Now comes the part of deciding a meal for children. 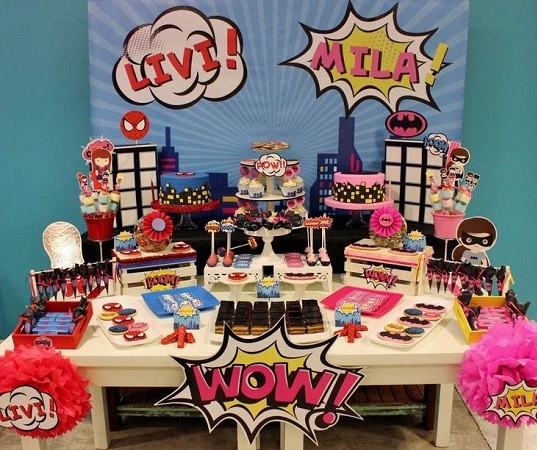 Surely, the major portion of anime series include meals which characters are shown eating from time to time. The parents need to study the meals and prepare most healthy and well-suited diets imitating anime series meal for everyone to enjoy. The recipes are available all over the internet for parents to follow and prepare them with utmost enthusiasm. There you go, a perfect birthday party that the kid will never forget, even if he has his own children at some point. 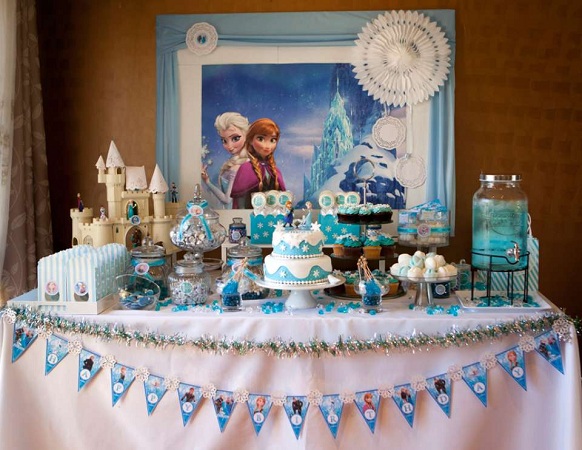 When it comes to planning a birthday party for a girl, the choices are limited. But, we all know that Frozen and Barbie are evergreen growing companions of girls and they love these characters throughout their lives. Hence, in winters, where there is already snow, parents could make use of such opportunity to turn their homes and lawns into Disney wonderland. We’ve gone through basics in aforementioned paragraphs, so everything should be planned and organized based on a Frozen theme. The parents and children could help one another to build the
Castle just like Princess Elsa and make statues of characters like Olaf, snowman and other things. The costumes are available cheap on the market and the birthday girl would feel like a princess. Her female friends could wear Barbie clothes and her male friends could dress like princes. The cake must imitate Princess Else, The meal should also be fun like Ice Lollys, popsicles, soup, BBQ, roasted chicken or depends on the favorite meal of children. 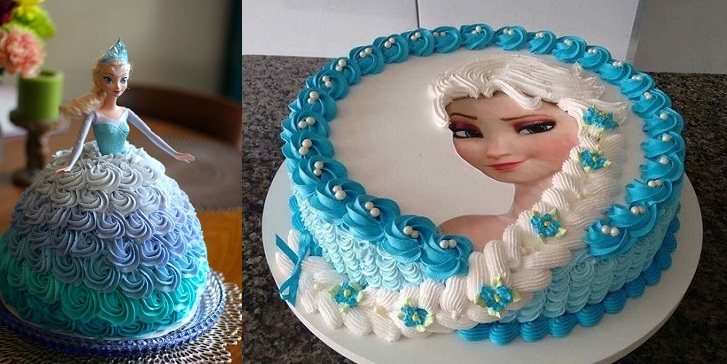 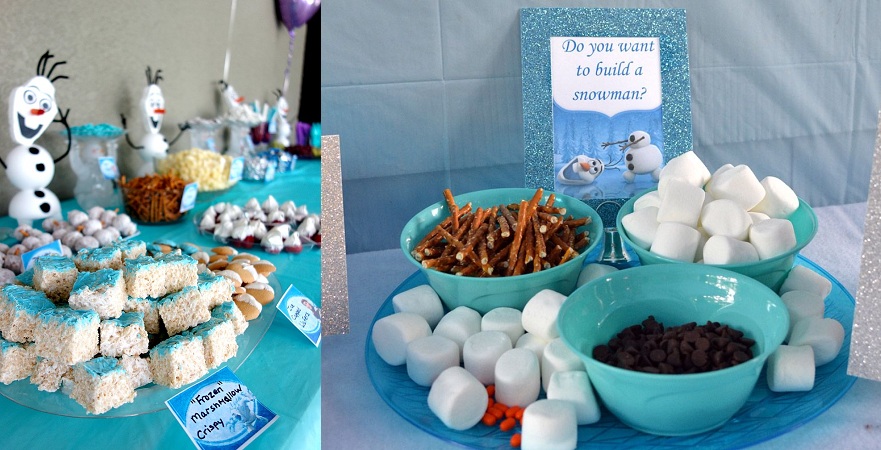 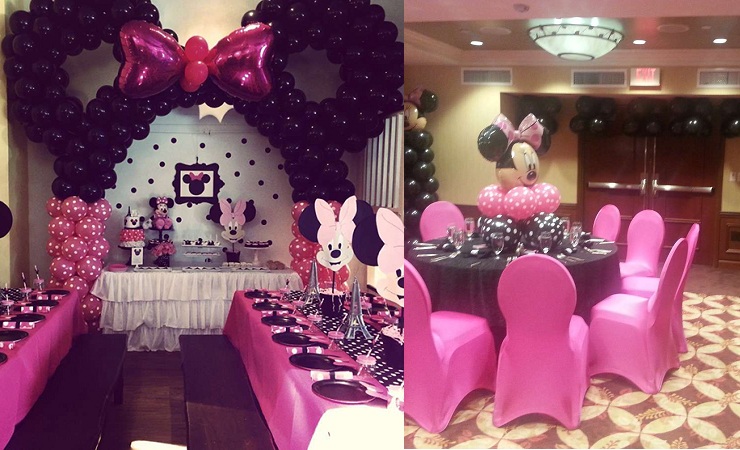 You must be wondering that Frozen is also Disney’s, why this should be any different from it. Well, Frozen movie was just one super hit from all of the other Disney movies like Cars, Pirates of Caribbean, Moana, Tangled, Toy Story, Lion King, Aladdin, Mulan, The Little Mermaid and Pocahontas etc. This theme could be applied to broad age group i.e. from ages 5-16. What’s more, that this theme is equally suited for boys and girls and every child would be able to become their ideal character from Disney movies and cartoons. Parents can make their homes turn into Disney land paradise for kids. This theme wouldn’t require much-needed effort as this theme is vast and every little thing is available in the market in terms of decoration and souvenirs etc. 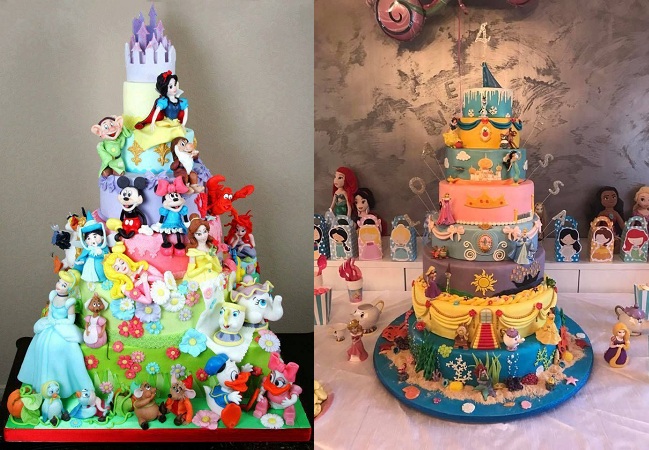 It’s every child’s fantasy to have superpowers and become superheroes. Throwing a birthday party based on DC & Marvel theme is a great opportunity to make children feel like superheroes for a day. With their elegant and shiny costume, they could become any DC Comics and Marvel character that they adore the most. There are above 100 characters in these comics with different level of skill set and superpowers. This theme is also equally applicable to boys and girls. They could become a superwoman, cat woman, Batman, Superman, Spiderman, dead pool, x-men, aqua man, and cyborg etc. This theme could also incorporate philanthropist acts that could develop ethics and high morale in children where they can help citizens in the neighborhood with their gadgets and costumes. This theme doesn’t necessarily require any sort of decorations and any conventional decoration could go with the theme but if parents really want to step it up, they can purchase prototypes from the markets that the characters in comics use. Birthday cake could be based on the number of characters or whole series as in Marvel & DC comics.

The themes discussed above could be applied as a whole or could be specified to a certain series depending upon the participants. Parents could think of a number of games and activities to keep children occupied and have fun. This event based on certain themes is significant in parents-children bonding and these events need to be perfectly planned and organized. As we have discussed before, these themes could be planned and organized based on simple DIY made techniques and models with the help of children to make them a part of adult tasks. These activities make children creative and innovative, the skills that they’d surely need in their future. For other cool themes and suggestions, stay tuned to our website and we’ll surely come with more fun and more exotic occasions themes that’d help to give you a time of your lives. We’d welcome any suggestion and surely, would love to hear your feedback.

June 18, 2022
Disclaimer
The images used in the website are for reference only. Source of images: Internet.
Contact Us
© Fashionbuzzer.com. All Rights Reserved. This wordpress site is developed & managed by WPFixs.com