Celebrities of all time have been the greatest inspirations of style and fashion. They have not only set trends in the fashion world but also encouraged their fans and followers with their style statements. But the influence of celebrity couples and their pictures on the leading magazine covers have been of more charm than that of individual celebrities. The fashionable celeb couples have always been more popular and attracted the attention of the photographers more than anything else.

So, even today the fashion magazines, the online fashion blogs and journals and pages of the social networking sites are filled with the stunning pictures of fashionable celeb couples. Especially, if it is a celebrated award ceremony like the Academy Awards and the Golden Globes or any international film festival, a fashionable couple is always the key attraction of any such red carpet event. Now, it is time to check out the top 6 fashionable celeb couples of the time.

One of the most photographed celeb couples, Victoria and David have never gone low in fashion. Both are extremely stylish in their own terms. Victoria is known for her appreciable style statement and expensive outfits. David, on the other hand, is still the greatest inspiration for men who are hairstyle freaks. Every football is crazy about the latest hairstyles of Beckham. He is one of those few sports stars and perhaps one of the pioneers among football players who have made their way to the world of fashion. The football icon and the pop star turned designer seem to complement each other’s stylish personalities. While one inspires men with his latest tattoos and hairstyles the other is a great inspiration for women across the globe. 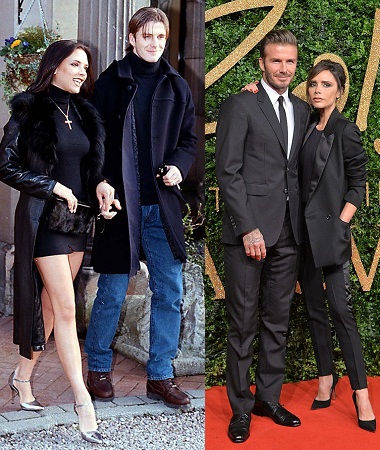 Duchess Kate Middleton and The Prince

Kate Middleton and Prince Williams, the royal couple, had been seen together in public on numerous occasions. Be it in a charity show or a skiing match, the couple has never been caught low in fashion. They have always been able to present themselves in the most fashionable ways with a touch of royalty in their attires. The world can’t forget Kates’s wedding dress which is considered the second best after Princess Diana’s. Moreover, Kate, a follower of Alexander McQueen’s fashion, has received the appreciation of the greatest fashion critics for her style sense. She is also credited with reviving the Derby hat fashion which was dying out. Thus, it goes without saying that Kate and Williams together have been a great paparazzi treat. 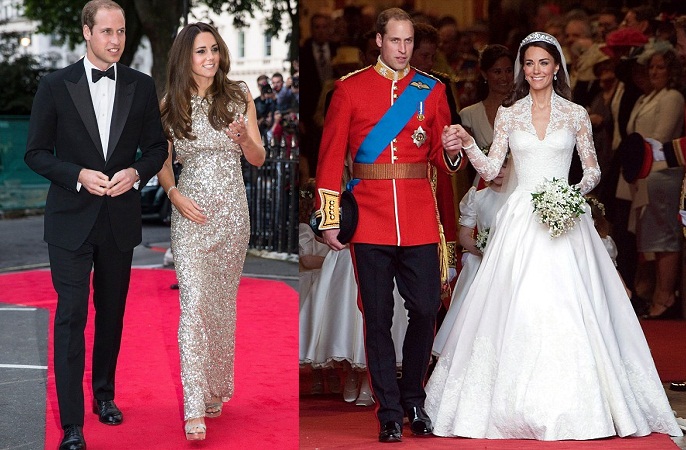 Angelina Jolie and Brad Pitt, who are better known as “Brangelina“, have been the most celebrated couple in Hollywood. This live-in couple has not only managed to stay together for a long time happily but has also become the most sought-after couples in the world of entertainment. The numerous pictures of the couple not only shows how happy they are together but also proves their highly appreciable style quotient. They are among the best-dressed men and women in Hollywood who have been the key attraction in numerous red carpet events and award ceremonies. Thus, they not only inspire couples to stay together happily for a long time but also inspire them to dress in the best ways possible whenever they are on a day out. 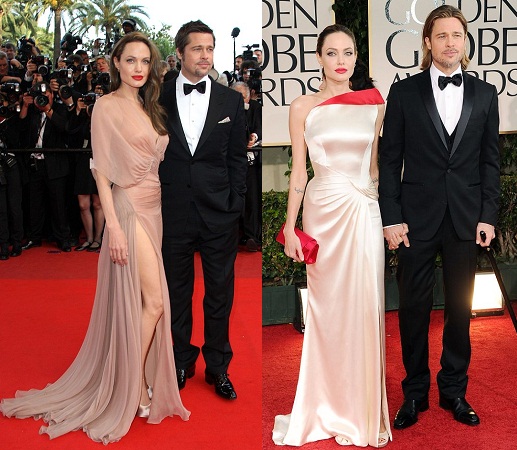 One of the most sensational and sexiest couples in the world of entertainment, Jessica Biel and Justin Timberlake are known for their unique style quotient. The way they present themselves whenever they step out of their house is highly appreciable and attracts the attention of the media and their fans. Their unique sense of style and fashion complements each other and make themselves complete. The appreciations they have received from the most noted fashion critics explains their style quotient and the great sense of fashion they have. 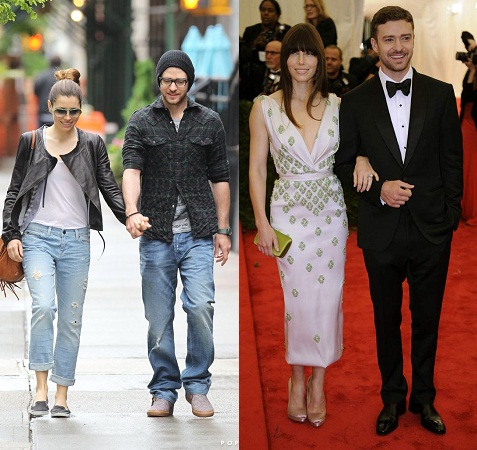 This unique combination of a hip-hop icon and a tele star, although not the favorite for many, is known for their unique sense of fashion. They have been photographed widely and have been on the top list of fashionable couples for their style statements. They are fashionable in their own terms and that is what makes them unique. On one hand, the cool style sense of Kanye and on the other hand the sensuous outfits in which Kim is often seen, make a great combination. 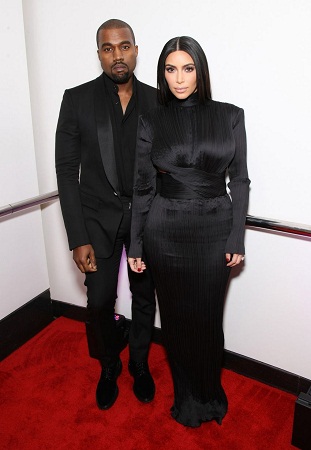 This young celeb couple has been one of the greatest inspirations for the youth of today. The younger generation is encouraged and inspired by the high-end style sense that is peculiar to this couple. They are among the best dressed young couples in the world of entertainment. This on-screen couple for the movie ‘The Amazing Spiderman’ has also been popular in the world of fashion as real life partners. They are not at all camera shy which is a plus point that makes them a very sought-after couple. The photographers and fans are always keen on taking the photographs of the couple whenever they are seen together. 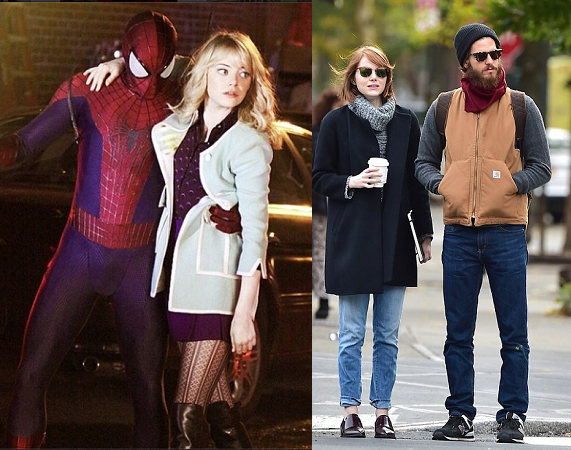 Those who are obsessed with the world of entertainment, know that it is a greater pleasure to follow a celebrated couple than an individual celebrity on the pages of fashion magazines and other journals related to the world of entertainment. It is not for no reason that the photographers and the media are always more interested in taking and publishing pictures of celeb couples seen together. It is not only about the pleasure of the fans and followers to go through the pages of fashion blogs and social networking sites publishing pics of celeb couples but also about the inspiration they get from their favorite celebrity couples. Moreover, if it is a couple concerned the best way to decide outfits they want to wear while going out for a party or a movie together is by following the most fashionable couples. And all these inspirations can be received online as there are numerous websites and blogs which publish pictures of the best celeb couples.

Handbags For Different Occasions- A Guide

What is The Latest Trend in Baby Fashion?

Popularity Of Stripes In Fashion