The humble dhoti is also known by several other names such as vesti, dhuti, mardani, dhotee, chadra, dhotra, and pancha depending on which part of India you are in. It is traditionally worn by men and is not limited to India as far as usage is concerned. It is also worn in other countries that are parts of the Indian Subcontinent such as Nepal, Bangladesh, Pakistan, and Sri Lanka. In fact, in the Madhesh region in Nepal it is revered as the national dress. Madhesh is located in southern Nepal in the border that the Himalayan country shares with India and Nepalis of Madheshi, Maithili, and Tharu origins were this dress. 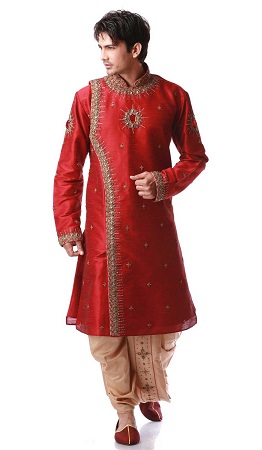 What is a dhoti?

Dhoti is a rectangular piece of cloth that is not stitched. It is normally approximately 4.5 metres or 15 feet long. You normally wear it around your waist and legs and the knots are also tied around the waist. Since it is a loose piece of cloth it protects your lower body and also lets air in, a much-needed relief in the hot climate of India. The word dhoti itself comes from a Sanskrit word called dhauti, which means to wash or cleanse. As far as the context of clothing is concerned it refers to the cleaned garment that is worn during religious ceremonies. It came from an ancient dress named antariya that normally passed through the legs and was tucked in the back. It was supposed to cover your legs loosely. After this the long pleats were worn in the front of the wearer’s legs. In a nutshell, the process of wearing the dhoti remains the same today as well. 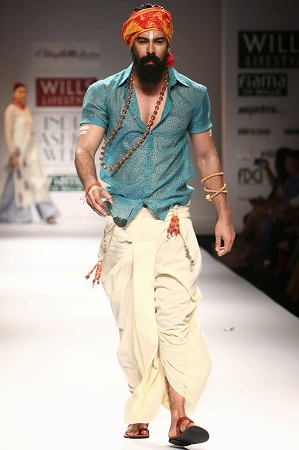 Following are the different names of dhoti in various languages:

There are several customs regarding the usage of dhoti. For example, a number of orthodox Jain men wear the pancha when they go to the temple for a puja. Some Jains feel that unstitched clothes are less vulnerable to pollution and as such they are more appropriate for religious occasions as compared to their stitched counterparts. They also wear a cloth on top, one that is loose and unstitched as well but still shorter than the pancha. The International Society for Krishna Consciousness, also known as ISKCON, has a dress code that is highly distinct from other religious units in India. 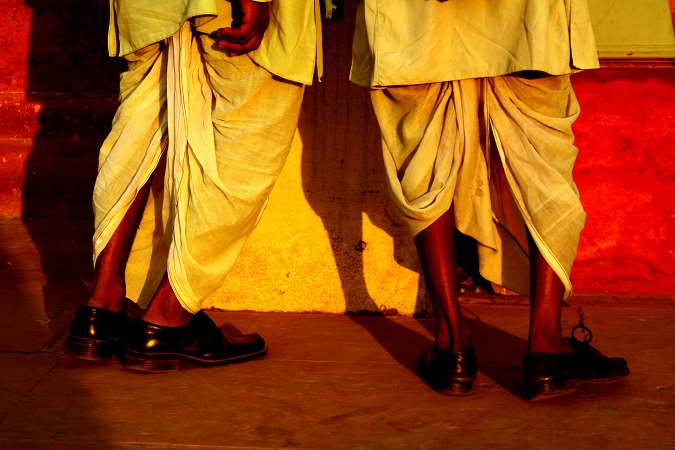 Here the followers who are from the West also wear the pancha, which is either white or saffron. The folding is done in the conventional style. The pancha was made famous by Mahatma Gandhi who wore it to all public occasions. He was however aware that other cultures considered this dress to be indecent. This was why he was shocked when one friend, who lived in London, wore it. Maharashi Mahesh Yogi was also famed for wearing white dhotis made from silk. 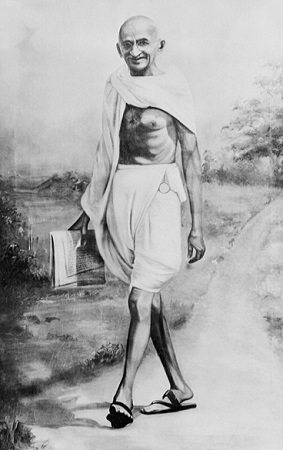 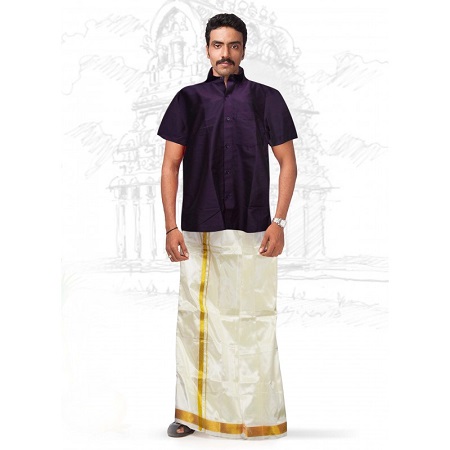 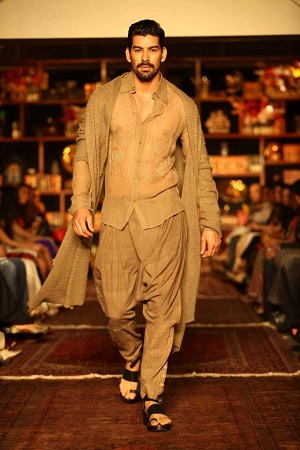 Play With Tassels in Designer Blouses

Who Are The Latest Hot Designers of India

All About Post-Pregnancy Fashion – Look What Is At the New...