Born in a sunlit loom shed amidst the enchanting melody of the handloom, the beautiful Banarasi sari is one of the richest fabrics of the world. Banarasi sari, as the name suggests, traces its genesis to the holy city of Varanasi in Uttar Pradesh, India. Crafted from flawless fine silk thread, the banarasi saris are woven with intricate motifs in silver brocade or zari. Inspired from the Mughal aesthetics, the motifs comprise of intertwining floral and foliate patterns. Often an indispensable part of a bride’s trousseau, the banarasi sari has been a part of wedding traditions since time immemorial. The golden texture and minakari or labyrinth like work is considered to bestow auspiciousness and accentuates the essence of wedding grandeur.

The recession and its affect on the Banarasi market

The unexpected but inevitable recession in the luxury market coupled with the circulation of cheap fashion has dented the handloom market. With the burgeoning express fashion, the Banarasi sari and saris as a whole has receded to being a part of erstwhile glorious events like wedding and other ritual ceremonies. The final blow came in after the upswing of imitation saris as well as power loom. While a market with banarasi sari connoisseurs continued to exist, the business remained in turmoil and the weavers had to migrate to other odd jobs.

The six yard wonder of India has often relied upon the much­respected western interpretation. However, sadly it was pushed to the backburner and symbolized an occasional wear for an extended period of time in India. Gone are the days when bright events characterized by ladies twirling in saris typified the perennial indo western couture. Revered for its opulence, the Banarasi sari now sees the light of the day only on marriages or during special occasions. 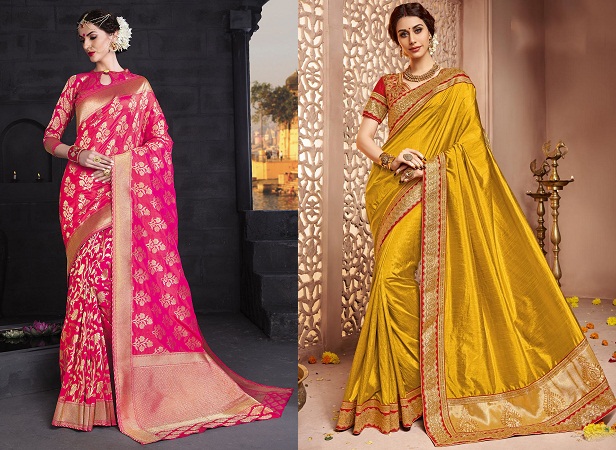 Thanks to changing trends and the uncomfortable dichotomy between western and Indian fashion aesthetics, Banarasi is slowly finding its way back in the contemporary market as more than just a traditional accessory. The Banarasi sari today is a symbol of grandeur and carries the lure of designer wear with it. After a lot of struggles and unnecessary conundrums, Banarasi sari has found its voice with the contribution from contemporary Indian designers like Manish Malhotra, Sanjay Garg, Tarun Tahiliani and top labels like Ekaya. A beautiful union of Nuevo motifs and pop combinations has helped Banaras regain its lost charm. 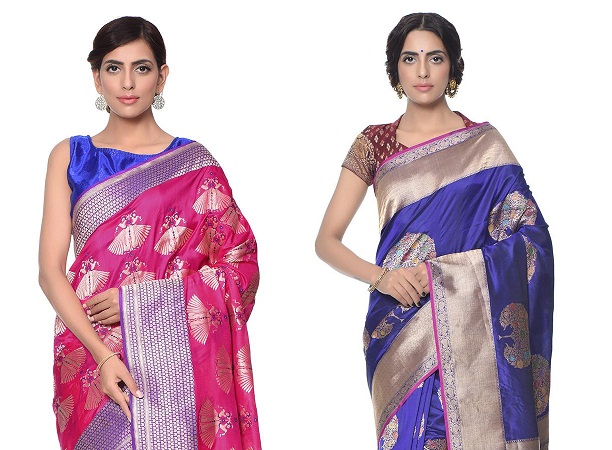 Banarsi fashion is Back!

Proudly exhibited as their choice of apparel by popular ‘A lister celebrities like Vidya Balan and Deepika Padukone among several others, Banarasi has also been able to resonate with the minds and hearts of wardrobes of young women. Escalated by the reach of collaborative sensibilities, it sends in a fresh new plethora of hues. 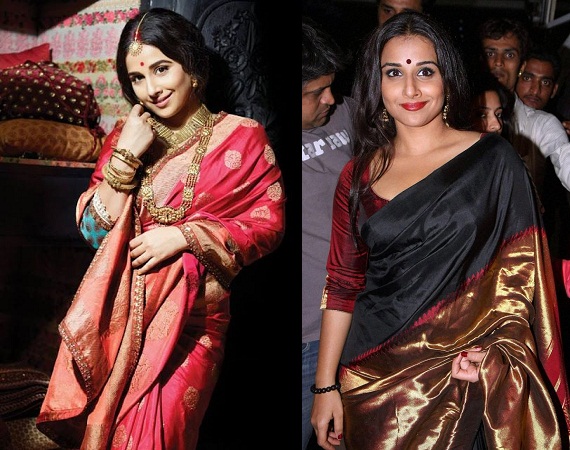 Thankfully, Banarasi saris are once again the talk of the town and not merely a traditional sonnet. 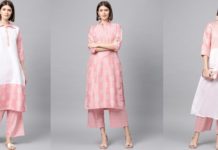 Ways to Amp Up Your Style With Pink Kurtis

Wedding lehenga and bridal lehenga- how to choose

Ethnic Wear – From not-so-famous to the most popular dress