The word ‘fashion’ denotes a popular style of clothing which facilitates a stipulated behavior towards modernity or the latest trend. Besides this, it is also true that any such component related to fashion whether it is western or of other types goes through an evolutionary phase before it becomes popular among the people. Similarly, Crop Tops with high waisted shorts took a long time to get materialized in the West. It is partly due to the prevailing colder weather in the West and added to this, the orthodox western tradition regarding the dress code which was relatively meant to cover the body part as much as possible played an important role. The latter was prevalent in the case of the Eastern Hemisphere also. It is why crop tops with high waisted shorts could not win over its place in the very beginning but later somehow it managed to intrude into the modern phenomena of fashion and came to be known as a new trend.

Regarding The Origin Of Crop Tops With High Waisted Shorts:

Now, if you try to look for the origin of the crop tops with high waisted shorts, it is so difficult to ascertain how and where it came into existence at first, as it witnessed a broad change over a period of time and were evident in the historical cultures of Egypt, the Middle East, and Asia. Eventually, thrown by the Egyptian influence during the later half of the 19th Century a garment called ‘Beldah‘ gained popularity among the westerners which was actually designed for the belly dancers. It was for the first time Crop tops with high waisted shorts intruded into the domain of modern fashion and after the second world war, this became a characteristic feature of the modern day style.

Crop Tops Like An Old Wine In A New Bottle Of Modernity:

During the hay days of 1980’s when the modern fashion was taking its classical form, Crop Tops with high waisted shorts were enjoying the status at its zenith as it found its adequate room in the wardrobes of such personalities like Madona. But therefore it had been disappeared from the scene for a while. But now they are back again. Despite the fact that crop tops with high waisted shorts had a popular acceptance, you may get slightly shy to reveal your skin but as it has gone through a major evolutionary process, the latest grew up version of these with their former teenybopper ties and aerobics  would obviously make you confident enough to go for it. 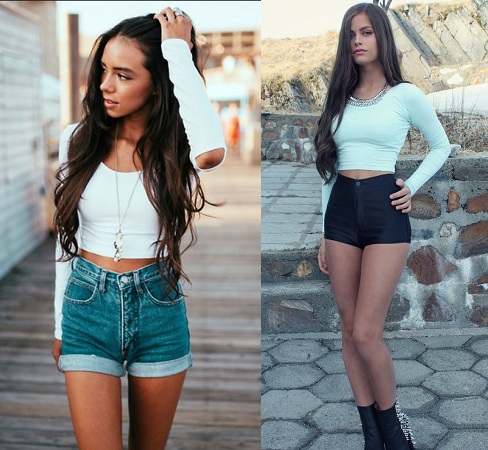 About Some Easiest Ways To Go With Crop Tops & High Waisted Shorts:

Now the question may be raised why your crop top should accompany with your high waisted shorts. Since you are aware of the fact that the hem of your crop top has been cut short, you may seek some tricks which would allow you to reveal lesser part of your skin of your upper body part on the one hand and on the other hand would ensure an essence of the good sense of fashion. It is as follows. 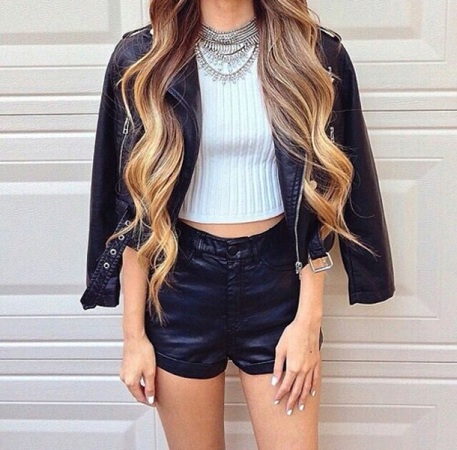 Regarding The Accessories Suitable With Crop Tops & High Waisted Shorts:

Crop Tops accompanied with high waisted shorts are actually suited for the summer fashion. But before trying these you need to ensure some other pairs which would go with it easily and will have you a perfect look. These are as follow. 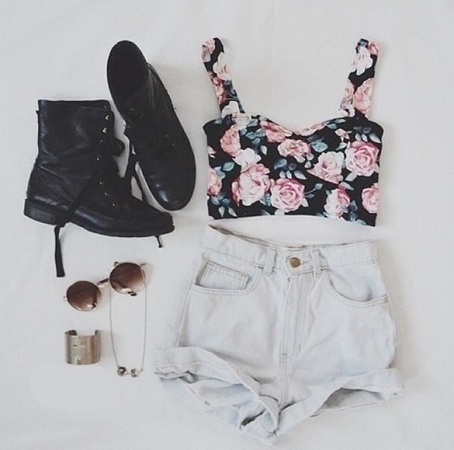 Be Bold & Confident And Embrace A New Trend: Choosing The Right Skirt For Your Body Type

How To Create The Right Impression With Your Work Wear?