India has been a mysterious nation when viewed from the rest of the world. The world has learnt many things from this nation at different times. Leaving apart the morality and values, this nation has contributed a lot in the global world, if two things are concerned. The first one is surely food, whereas the second one is the dress. The culture and heritage of the nation has been thousands of years old and throughout the history, in different centuries, this nation has overflown the world with different contributions in the cultural and designer works.

The rich Indian Culture in the pages of history

India is a nation that has been in the pages of history for thousands of years. Reason of presence has not only for the knowledge exposure of the nation, but culture, practices and arts of the nation has been outstanding. Too less of the entire culture has been explored by the world, but that is enough to make the world spellbound. 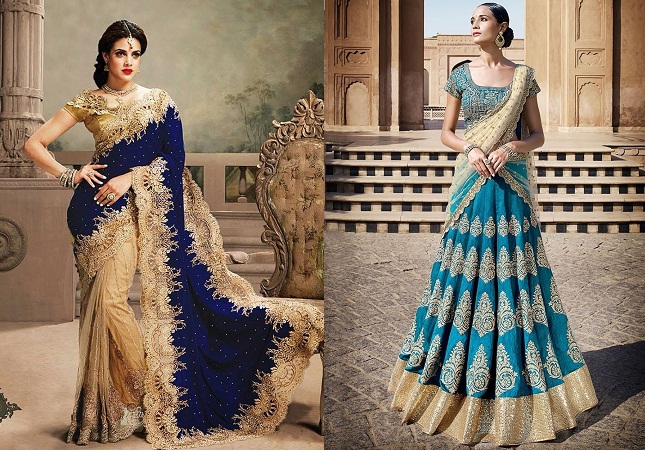 One of the top reasons for this enriched contribution is definitely heritage, although the vastness and multiple time invasion of the nation from other tribes has also been a prime reason for the same. The nation, in size, is big, but there are other nations too which are much bigger than it. So, size is not the issue here, but the diversity is the factor. Since the nation is having diverse landmass, the climatic changes are there in several parts of the nation. From that, different ethnic dresses came into existence. Apart from that, invasion from several big nations and tribes, has mixed the culture of them with the native beings, resulting perfect exposure of arts and ease in ethnic dresses. 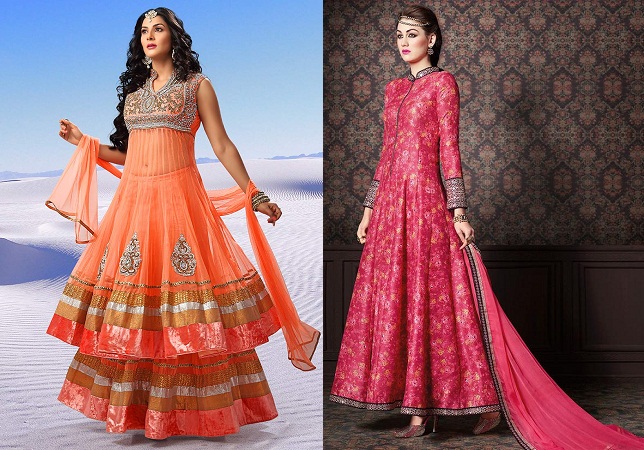 Why Indian dresses are so popular in the international fashion world?

There are two basic reasons for the popularity of Indian dress. The first one is for it’s easy feelings once you wear the dresses, and the second one is the art that you will find in the dresses. Warm air and hot, humid weather condition of the plateau areas and the desert areas have forced the population to design something that will be comfortable to wear. This is the prime reason, for which the dresses of India are so much popular in the world.

There is one third reason too behind the popularity of Indian ethnic outfits in world market. The art works of India are excellent. They are not only limited to the temples and pagodas. All the dresses do resemble the expertise in arts and designs. Although the above two reasons are decided to be prime for the popularity of ethnic Indian wears across the globe, but there is another additional attribute too. Indian dresses are somewhat complicated to wear. They are not as simple to wear, as are the ethnic western dresses, but still the dresses, after being worn, provides so perfect physical appearance that popularity of the dresses has spread worldwide. 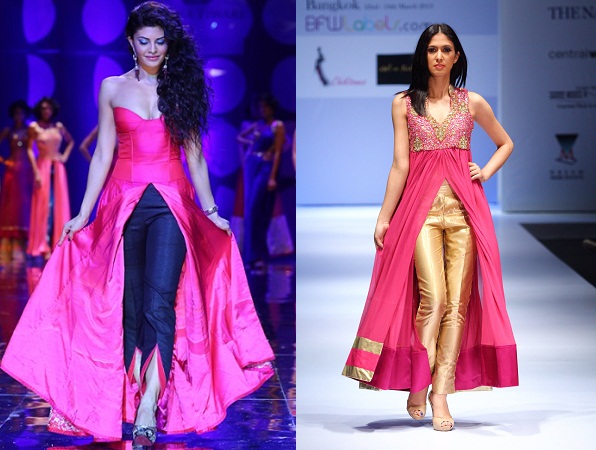 What are the most popular ethnic Indian wears?

There are so many Indian dresses that choosing the most ethnic is a difficult task. For females, there are the Lehengas, Sarees, Salwar suites, ethnic among all the traditional dresses. Lehenga has got international fame. Now it is the most popular among all the female ethnic wears of India, but it is the latest entry in the global market. The first preference of the global females about Indian traditional dresses is of course saree. This is stated to be such a dress that has the capacity to change the entire view of a lady. More than that, there are different varieties in the dress too. You will get hundreds of qualities in the saree section.

The first difference is in the form of quality of the cloth used, while the second one is the design and trend that has been in use. Among the casual dresses, salwar suits and Kurtis have gained real popularity. In some parts of the world, Kurtis are regarded to be a perfect substitute of T-Shirts. So, you can understand well that in the global context, Indian dresses are having enough popularity and its gaining more in the last few years. 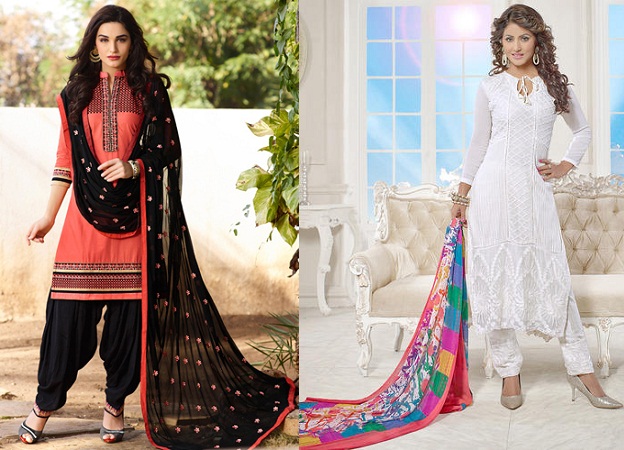 In the make section too, there are different dresses that have gained popularity. The first of the thing that you will have to get through is the design of the Dhotis and Punjabis. The two dresses are ethnic wear in India, although the most popular among them, Punjabi is having origin from some other tribes, who invaded India, in the past. Sherwani, among Punjabis is really favoured in the global fashion world. The stylish get up of the dress and the excellent embroidery works on them has been the foremost reasons of the popularity. Apart from Sherwani, there are other types of casual Punjabis that are popular too. They are easy to wear and stylish in looks. You will feel the real comfort, once you get through them. Dhoti, on the other hand is the most traditional and the ancient most male wear in India. It is widely popular in the world for the perfect getup, but is preferred less, due to the complexity in the wearing style. However, coloured and stylish Dhotis are gaining popularity in different parts of the world. 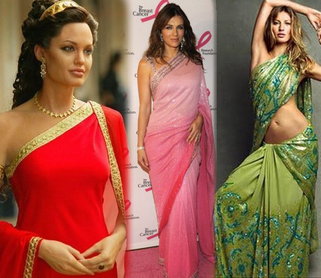 Ethnic dress collection from India is not confined to dresses alone. In the footwear section too, contribution of the nation has been significant. Sandals in the female section and male section have been widely popular. It has been of wide choice in the Arabian nations too. Different alterations, designer works and artistic changes have been brought in them, making the footwear globally famous. For the males there is footwear that is quite popular and that is the cloth made shoes. They are ancient tradition among the males of the nation and look lovely with Dhotis and Sherwanis. Apart from the looks, the comfort factor in the shoes is ideal. Since they are made of clothes, you will find ultimate feelings when you wear those in the scorching heat. 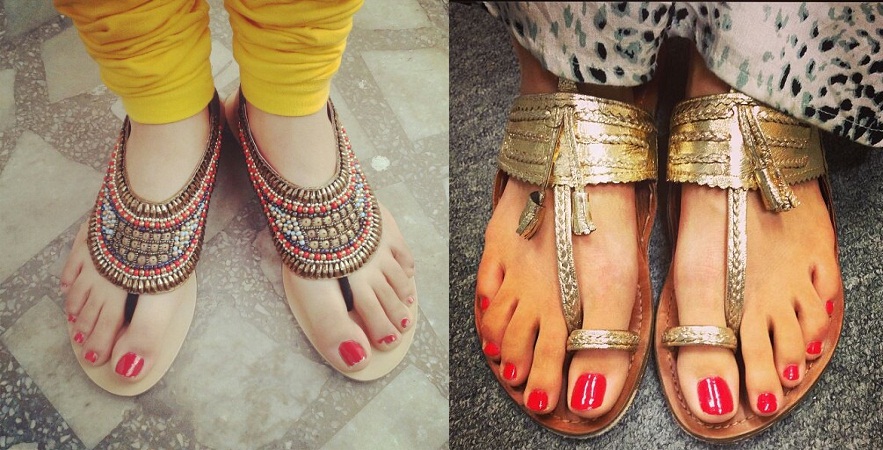 The perfect attractive designs in the dress have been the latest support from the well-known designers. This has increased the craze of the dress more in the world. Variety in the sarees has been wide in the nation, traditionally. Recent influence from the global market has helped the designers to develop even better designs, with a casual touch in the traditional ethnic wears. Same is the case with the Lehengas too. An Eastern-Western mix up in the dress is quite visible.

In the male section too, there has been numerous changes and innovations that has been applied on the Dhotis and Sherwanis. Designs in the Sherwanis have been excellent, but the style and the cuts have been initiated by the designers. Dhotis are made colourful and the complication in the wearing style has been eradicated out with improvisation by means of elastics. Taking all the things together, it can be said that Indian Ethnic wears are getting into the global market fast and with dynamic pace.

Get them from the stores:

You can get the dresses now from the online stores easily. Be it kurta, or Saree from the female section, or a Sherwani from the male section, all the things are available online. Just get to the ecommerce sites and order them with your cards. There are attractive discounts on the designer garments, available in the market too. The dresses were popular in the world for a long time, but the initiation of them from the famous Hollywood stars like Julia Roberts and famous western designer Victoria Beckham has influenced the international buyers more.

Now they are looking for stylish and latest designs among the ethnic wears. You will not have to get to India for the dresses now. Just get through the eCommerce website and find the attractive ethnic Indian wears at discounted rate. Now you can also get the latest designs over your smartphones. Get the right app from windows or android market and browse the dresses and footwear. Order them online and get it delivered in your own destination. You can even put your messages and requirements through the sites. There are options out there. The designers, out there will help you out with your specialized need. So, get fast in touch with the most ancient tradition of the globe, with the richest dresses, filled with arts. The online world made the job easy for all to have the best collection of Indian ethnic wear in wardrobe.

The Mystifying Charm of Ruby

Things to look before you Buy Gold Jewellery this Dhanteras

Why Indian jewelry is famous in the world?

Feel an amazing wedding experience with the best wedding theme