India is popular for its skilled artistry in various fields since times unknown. Art has been an integral part of the Indian cultural in every walk of life, and the country is specifically popular for its passion for the love of art. The spree of globalization has also touched the culture of this seventh largest country, and for the better. The fusion of various cultures has just improvised our own traditions as well as the most essentials of art, though out the country. While speaking about art, the role of artistry in Indian Ethnic jewelry cannot be overlooking anyhow. India being a vast nation is dotted with colorful cultures, and every state of this nation has their own kind of artistry engrafted in their traditional jewelry. Each of these unique pieces of jewelry are popular not just in the Indian market but in the global industry as a whole. 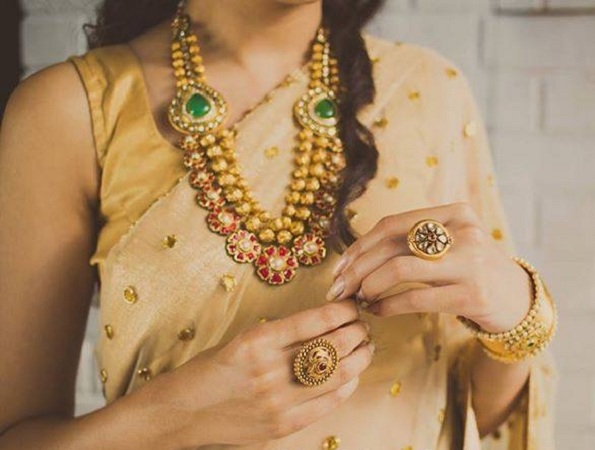 In the bygone era India was looked upon as a land of treasures. The uniqueness of the country lies in the way art is enhanced through every object, be it the skillful work of a sculptor or the efficiency of a jeweler. When it comes to jewelry creation the skill of the artisan determines the beauty of the stones engraved in each of the pieces created.

India being a land of diversity is also popular for the variety of traditional jewelries it has, to offer the world. One of the popularly known forms off jewelry is of course the traditional Jaipur and Bikaneri jewelry. These ones are popular since time immemorial throughout India as well as in the global market. Another very well known form is the Kundan Jewelry, the stone studded jewelry dazzles it all.  Kundan Jewelry sets are created to match both traditional as well as modern outlooks, thus gaining more of the global market soon.

Two other very popular diversity in the Indian traditional jewelry are of course the gold and the silver jewelries. As per statistical studies Indian women possesses about 11% of the world’s gold in the form of jewelries. This statistics in itself proves the love for gold among Indian women. Silver jewelries are also equally treasured among the Indians, and the unique creations of these are loved by millions across the world!

Another very popular form of jewelry is the Terracotta jewelries. These are not made of any precious stones or metals, rather its uniqueness lies in skilled created and the use of vibrant colors. This form of art is also increasingly popular in the Jewelry Industry.

The love for jewelry is mainly associated to be a feminine quality, but the reality is quite different. Since ancient times every form of jewelries were worn by people irrespective of gender. This clearly determines the fact that these were the marks of royalty and material possession, and had nothing to do with one’s sex. Even in today’s world gender is not constrain in the jewelry industry anymore.

However, jewelry is inherently associated with women, especially during their wedding. Wedding is one of the most auspicious occasions in any woman’s life and the bridal collection makes her look the best. With rapid globalization these artistries are no more concentrated only within the boundaries of the country, but are also increasingly valued across the world. The popularity of Indian Jewelry is such that even Hollywood stars are also seen to flaunt their collections.

The traditions of our country are not just limited within the boundaries, the influence of a variety of culture and art has also imposed its effect on our tradition. As a result of that there is an increased demand for fusion jewelries than the orthodoxly traditionally one. Be it a Kundan jewelry or a gold ornament, all of these are presented in a very modernized manner, where the user adorn themselves in different manners with the same piece of jewelry. The increased popularity of Indian Traditional jewelry is concentrated in the fact that it does not replicates the heritage of the nation but also gives equal weightage to the western culture. 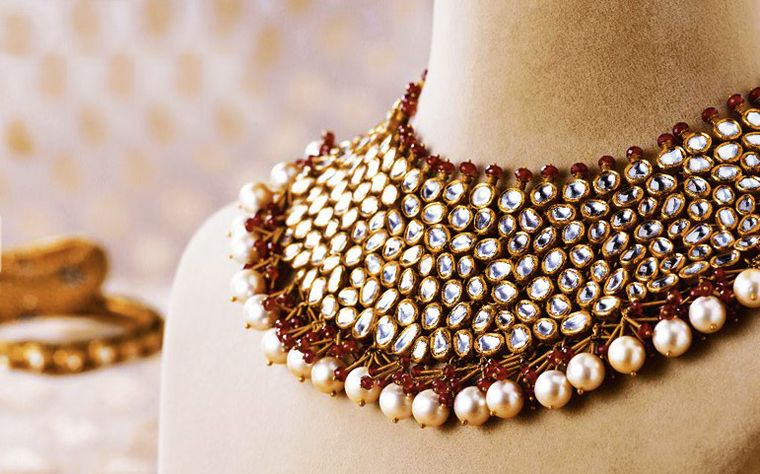 How Indian Jewelry is taking over the international market!

Any price of jewelry is a perfect combination of art and beauty, and Indian ethnic wear has been known for these specialties since ages. Speaking of the bygone era the Rajput and Mughal times evidenced the rise of artistry in every walk of life; especially the jewelries engrafted during this period are still popularly known for its beauty and skillful artistry. 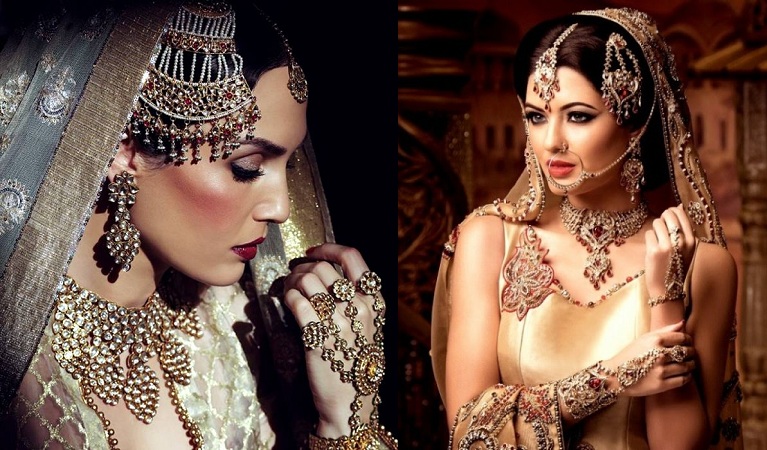 Since times immemorial India has been popular for its skillful artistry, and the scenario has not changed even an inch till date. With new forms of art invading the jewelry market, the old is being enhanced into something more elegant and globally accepted. Lightweight yet elegant is what the national and international market prefers, and makers of these are actually concentrating on this concept more than ever.

Some factors that make Indian Jewelry one of the most loved ones in the global market can be characterized as follows: 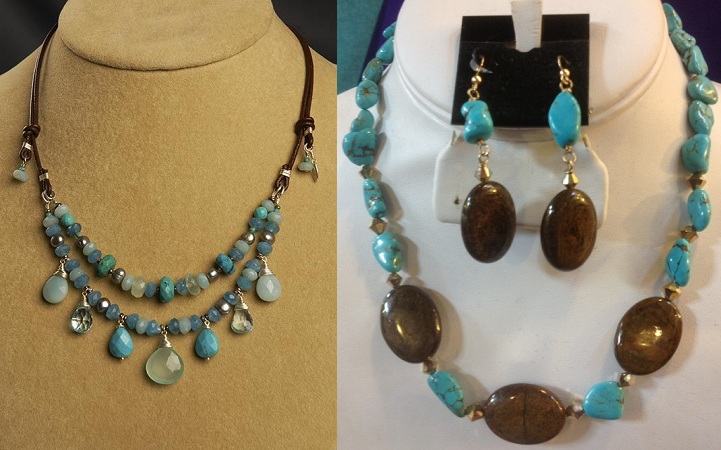 The ethnic jewelries covers a wide range, the Kundan, Jadau, ivory, Lac, Meenakari, Filigree, Handmade are some among a host of traditional jewelries.All of these are extremely popular, across the world for its artistry as well as the value. Each of these owes its origin from various parts of the country adding on to the essence even further.

Another very popular form of jewelry is the Tribal jewelry; these are created using wood, clay, crude metal, shells, bones and other such. The uniqueness of these jewelries is still retained, and what is most interesting is though these are not carved out of expensive metals or stones, yet their popularity is nothing less. 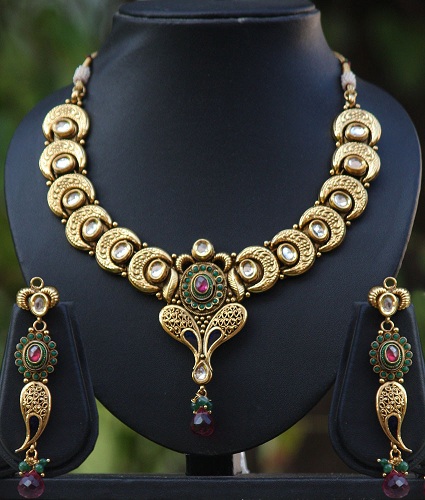 Jewelry had been a very important part of Indian culture since the inception of the society. Interestingly, only 1% gold is mined in India but Indians are recorded to possess the almost 11% of gold in form of jewelry. The craze for gold ornaments is just not restricted to India anymore, as the skillful artistry of the Indian craftsman has popularized ornaments of all form throughout the world. The variety of jewelries, both expensive and inexpensive is undergoing a radicle change. The infusion of contemporary and tradition has given all new dimensions to the world of ornaments, making it more attractive and of course globally accepted.

Some of the most popular Hollywood figures are also seen to wear and flaunt their look, giving Indian craftsmanship an international platform. Be it bangles, rings, or neckpieces, all of these are now worn irrespective of the kind of attire, and all so because it is an age of transition and cultural fusion. Kundan jewellery is quite popular in India