Worldwide India is known for its grand and big fat wedding. Unlike anywhere, Indian wedding is an occasion to celebrate for days. Scintillating, full filled and grandeur, no other culture can beat the opulence of Indian wedding. Everything is so exotic about Indian wedding from food to attire.

Since ages, Indian wedding attires have attracted people from around the world. Majestic sherwanis, glittering sarees and royal lehengas are very popular even outside India. With modernization, these attires have also witnessed new designs, cuts, and styles. Indian designers keep on experimenting with these yester years attire and present their new avatars in a contemporary style.

Neeta Lulla is a brand name in the Indian fashion industry. She has won National Film Awards 4 times for her incredible creations. Her work reflects a wonderful blend of traditional and contemporary designs. You can get a glimpse of her magnificent work in blockbuster Bollywood movies like Chandni, Taal, Hum Dil De Chuke Sanam, Devdas and Jodha Akbar. Bollywood celebrities like Aishwarya Rai, Genelia D’souza and Esha Deol wore Neeta Lulla’s creations on their wedding day.

Tarun Tahillani is another famous Indian bridal designer. His creation exudes a fusion of a variety of textiles, custom-made designs and boundless luxury which make him a popular designer even in abroad. The beauty of his creation lies in the designs of the clothes which carry both Indian and European motifs. His collections mostly include contemporary anarkalis in citrus shades, chandelier lehengas, net sarees, and mermaid gown kurtas. Bollywood actress Shilpa Shetty wore his creation in her wedding. 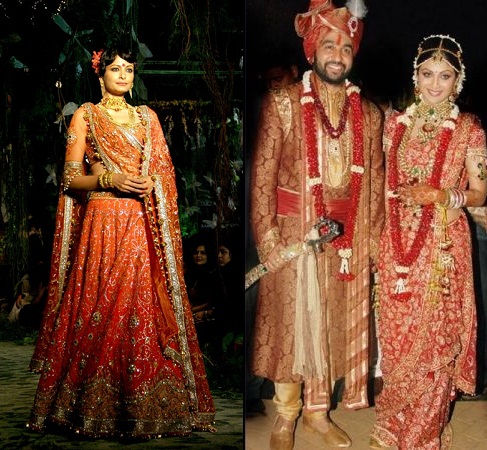 Manish Malhotra is a very famous name in Bollywood. His designs still echo with the popular Bollywood songs as he is the name behind the sexy avatar of most of the modern day actresses. He has even given a makeover to famous Bollywood faces. Remember the sexy avatar of Urmila Matondkar in Rangeela which made a mark in the Hindi film industry. It was none other than Manish Malhotra who made Urmila a sex siren with his exclusive creations. He is the favourite designer of many Bollywood actresses such as Kajol, Kareena Kapoor, Karisma Kapoor, Madhuri Dixit and Priyanka Chopra. His bridal collection is as exclusive as his Bollywood collection. 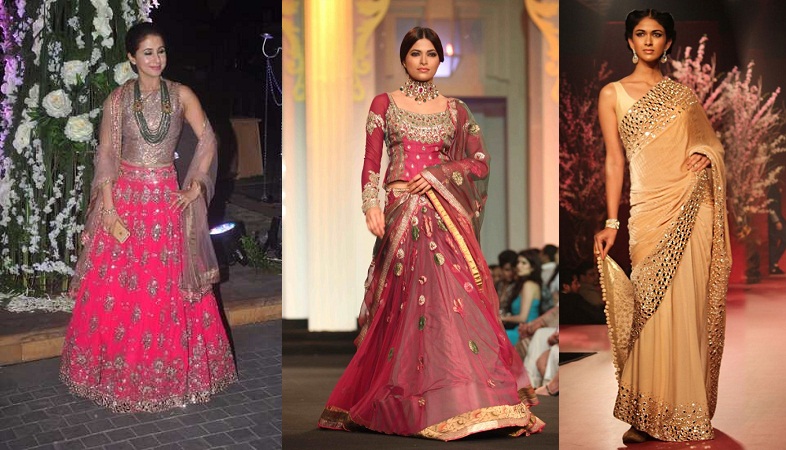 Sabyasachi is one of the India’s leading designers. His collection mainly revolves around authentic traditional wears. He is the designer who gave Indian exotic fabrics like Banarasi, kanjivaram and cotton a facelift. He plays around the traditional motifs and fabrics to give birth breathtaking bridal wears. His bridal collection is unique, traditional yet stylish in its own way. Wearing a Sabyasachi’s creation at her wedding is every girl’s dream. Bollywood beauties are also a big fan of Sabyasachi’s collection. Vidya Balan wore his creation on her wedding day. 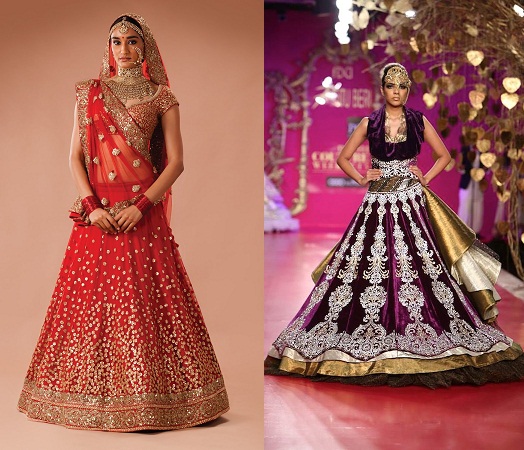 Wedding lehenga and bridal lehenga- how to choose

Have You Tried Any Collection Of Neeta Lulla Sarees

How to Adorn Traditional yet Modern look for Diwali